What Are the Best Fortnite Airsoft Guns? 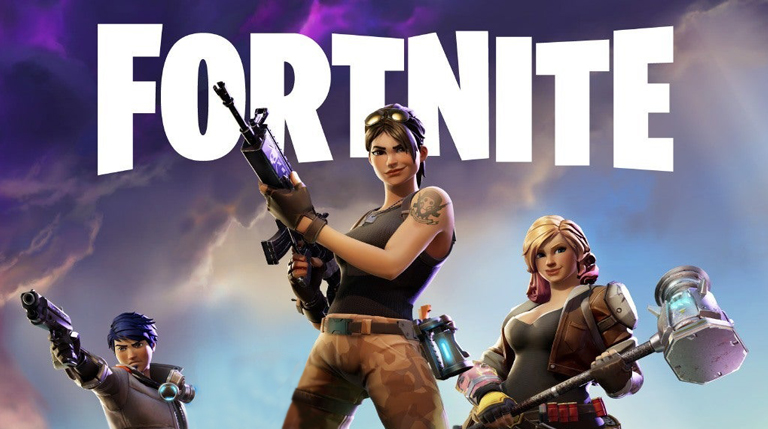 What Are the Best Fortnite Airsoft Guns?

It is no secret that Fortnite has taken the world by storm since its release in 2017, combining a number of prevalent video games concepts in an insanely addictive way. Children and teenagers the world around have swarmed to the game in their millions, and at current it is the most played video game in the world.

However, what would you say if we told you you could essentially play Fortnite, but in real-life? Airsoft is a great hobby for those of you who love games like Fortnite, allowing you to shoot targets around the garden (ensure the correct safety measures are taken) or shoot at your friends at licensed airsoft locations.

Likewise, should you be a parent who is a little worried about the amount of time your child is spending on his video game console, why not float the idea of airsoft to him or her in a bid to get your child out of their bedroom and into the outdoors? Not only is it great exercise, but its a great way for fathers (or mothers!) to bond with their children in a high-octane, adrenaline-inducing environment!

With that in mind, we thought we’d introduce you to a range of weapons from Fortnite, what their real-world counterparts are known as, and what we think are the best airsoft offerings on the market to get you out shooting your favourite Fortnite guns, but in real-life!

The Assault Rifle in Fortnite is modelled on the famous M4. The M4 Carbine is a 5.56×45mm NATO, air-cooled, gas-operated,[b] direct impingement, magazine-fed, select fire carbine. It has a 14.5 in (370 mm) barrel and a telescoping stock. It is essentially a lighter and shorter variant of the M16A2 assault rifle.

This WELL BB Gun Rifle is a replica of an M4 Rifle, and it is a spring-powered single shot weapon. It fires standard 6mm Airsoft BB pellet but works best with Bulldog 0.12g pellets, but will also work with the Bulldog 0.20g BBs. Most of the rifle is made of ABS plastic and there is an adjustable tactical stock on the gun that can be set to several positions to fit the all size shooters. The cocking handle is situated on the rear of the rifle below the carry handle and is easy and accessible to prime for the next shot. That makes an ideal fun BB gun for young gun fans and will supply hours of target shooting fun.

The Submachine Gun in Fortnite is modelled on the well known P90. The FN P90 (also known as the FN Project 1990 PDWS) is a compact 5.7×28mm personal defence weapon designed and manufactured by FN Herstal in Belgium.

Created in response to NATO requests for a replacement for 9×19mm Parabellum firearms, the P90 was designed as a compact but powerful firearm for vehicle crews, operators of crew-served weapons, support personnel, special forces, and counter-terrorist groups.

This WELL BB Gun Set is a replica of the well known P90. This Fully Automatic Airsoft BB Gun is one of the coolest guns on the market and this set is very popular due to the number of accessories included in the set. Shoots an unbelievable 400 rounds a minute! This set also has the battery and charger included plus many more accessories, please see the full list of accessories below.

Designed by John Browning, the M1911 is the best-known of his designs to use the short recoil principle in its basic design. The pistol was widely copied, and this operating system rose to become the preeminent type of the 20th century and of nearly all modern centerfire pistols.

This is the G13 spring pistol from Galaxy, a 1:1 scale full metal 1911 style airsoft Airsoft pistol. This pistol has a good FPS and full-size ABS magazine. Galaxy is known for manufacturing cost-effective metal pistols that are built to last. If you’re looking for a great looking full-size airsoft pistol for target shooting or garden battles this G13 is for you.

It is spring powered meaning you need to manually pull back the top slide to set the spring and load the BB ready to shout, and you need to do this every time. Available in both blue 2 tone and all-black versions and will not disappoint.

You can see our full range of BB guns and airsoft guns on the Just BB Guns Ireland category product pages. We also have a large number of BBs and airsoft accessories all at great low prices.