What Are Gas Blowback Airsoft Pistols 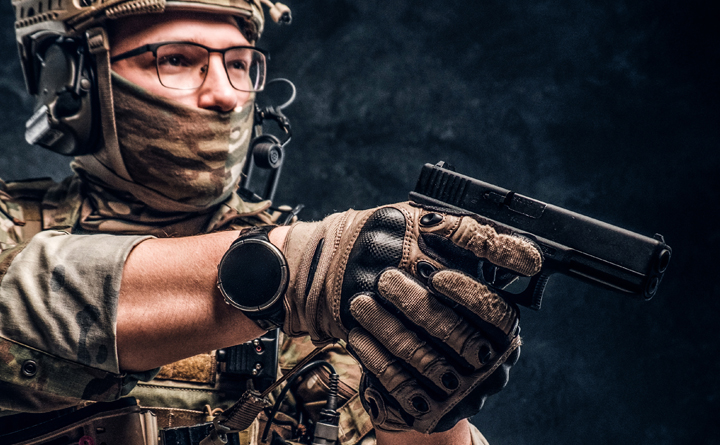 What Are Gas Blowback Airsoft Pistols

Airsoft can be compared to playing with toy firearms. They are toy guns in the sense that they are not genuine firearms, which is somewhat correct. Most Airsoft Guns are exact reproductions of the genuine thing, which means they look and feel the same. But what if your airsoft pistol also shoots like a real pistol? With the gas blowback airsoft pistols, this is now achievable.

You must have come across the notion of the blowback system more than once while perusing various brands of airsoft weapons. This feature is in charge of providing the airsoft gun a more realistic “feel” and reflecting not only the appearance of a firearm but also its behaviour when firing a shot. Blowback simply improves the user experience. Some airsoft players love it, while others think it’s a needless extra. So, let’s take a closer look at the benefits and drawbacks of the blowback technique – as well as how it works.

WHAT IS THE FUNCTION OF A GAS BLOWBACK AIRSOFT PISTOL?

In the airsoft world, Gas Blowback Airsoft Pistols are the closest thing to the genuine thing. They are powered by compressed gas, which allows them to respond to triggers almost instantly. When you fire, the gas blowback forces the slide to fire back, much like a real gun. This movement also increases the recoil of the pistol, giving the impression that you are shooting a real gun. Another advantage is that when you run out of ammo, these pistols lock to the back, much like a genuine pistol.

Expanding gases power each gas air gun. Part of the gases is used by the blowback system, which causes the bolt to recoil through the valves on the bolt. The gas is discharged from the canister to the barrel and then to the piston in the airsoft gun slide with each shot, creating recoil. Firearms operate on a similar principle, but the gas is produced by the ignition of gunpowder. If you value realism in your airsoft guns, pistols equipped with blowback technology will undoubtedly deliver plenty of it.

Until recently, the only option for an airsoft gun with a bolt recoil mechanism was a gas air gun. Electric airsoft guns now include the electric blowback system, allowing users of many types of airsoft rifles or airsoft submachine guns to experience this capability. The motor that powers the entire airsoft gun also permits the bolt slide to move, which is normally handled by the shell ejector. In this situation, the piston is outfitted with a tab whose job it is to move the ejector bolt.

The ejector in previous generation EBB systems moves firmly with the piston. The piston can come to a halt at any point, and the ejector is sometimes partially open. Debris can then enter the airsoft gun, causing the parts to wear out faster. The latest EBB systems eliminate this disadvantage by including a feature to release the piston spring as well as an electric operation controller.

HOW DOES BLOWBACK AFFECT AIRSOFT GUN OPERATION AND PERFORMANCE?

Blowback is an optional piece of equipment that you might choose to use. It is not as beneficial as sights, which affect the precision of your shots; therefore, selecting a BB-equipped airsoft rifle is a personal decision. If you are a novice shooter, strong recoil can actually reduce your accuracy.

Blowback raises the operational costs of Gas Airsoft Rifles as well. This feature consumes a lot of gas, so you’ll need to replace it more frequently. It is then quite simple to shoot the whole magazine capacity with a single charge, significantly raising the cost of using your airsoft gun. At low temperatures, it becomes considerably less efficient. This causes the valve on airsoft guns equipped with the BB system to become blocked more frequently, resulting in the loss of entire gas during a single shot. The issues mentioned above regarding greater exploitation clearly do not apply to electric airsoft weapons.

THE BENEFITS AND DRAWBACKS OF GAS BLOWBACKS

These pistols are currently popular in the airsoft community. Every player requires a reliable sidearm to round out their armoury of weaponry. So, if you’re thinking about acquiring a Gas blowback pistol, here’s a list of its benefits and drawbacks to assist you in deciding:

With the addition of the gas blowback mechanism, your imitation firearms are no longer just that. They can also shoot like them.

SO, DO YOU WANT TO BLOWBACK OR NOT?

Some gamers highlight the benefit of the blowback system, which cocks the hammer in gas airsoft guns after each shot so we don’t have to. The trigger is lighter and faster, allowing you to fire shot after shot. A static airsoft gun is likewise less exciting and realistic. As a result, you must weigh the benefits and drawbacks of this approach and decide which one is more important in your situation.

The decision is certainly easier in the case of electric airsoft guns, which do not suffer from the majority of the limitations associated with the BB system. This means you get a really realistic airsoft rifle that will undoubtedly provide you with many thrills!

Many people are concerned about selecting the best sidearm. I’m not sure what kind of pistol to acquire. Gas blowback pistols can be an excellent sidearm for use in airsoft games. It may have certain disadvantages, but the advantages outweigh the disadvantages in this case.

And dont forget we now have low-cost delivery for all our guns and accessories across Europe!