Return of The Mac 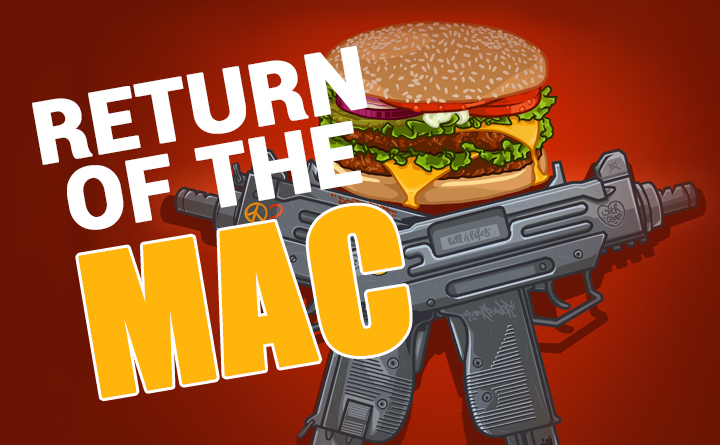 Return of The Mac

RETURN OF THE MAC – Let’s be honest, at times it gets a little boring rocking the same M4s or AKs as everyone else within airsoft. Don’t get us wrong, there’s nothing wrong with either, and in reality due to their popularity there are some brilliant examples on the market for a great price. However, changing it up at times can freshen up your airsoft experience, especially if the airsoft gun in question is a little different to the norm. Enter HFC’s Mac11.

In the real world, The MAC-11 (Military Armament Corporation Model 11) is a machine pistol developed by American firearm designer Gordon Ingram at the Military Armament Corporation (MAC) during the 1970s in Powder Springs, Georgia, United States. The weapon is a sub-compact version of the Model 10 (MAC-10), and is chambered to fire the smaller .380 ACP round. However, in the airsoft world, the HFC Mac11 is somewhat of a little pocket rocket that’ll spice up your average skirmish day!

HFC is an instantly recognisable name in the world of airsoft. When most players think of airsoft guns, they think of HFC Airsoft. Designing and manufacturing BB guns that are cheap enough for the beginner and casual player but with the build quality of a BB gun twice the price, they have proven repeatedly why they are one of the standard choices when it comes to choosing an airsoft gun. An instantly recognisable brand known for their spring-action guns, HFC Airsoft UK are ideal for getting started in skirmish sites.

The fully automatic HFC Mac11 blowback is definitely a powerful airsoft SMG (sub-machine gun). The level of attention with which HFC has paid to the manufacturing of this gas blowback is reflected in its flawless finish and its even more flawless operation, whether in fully automatic blowback mode or semi-automatic blowback mode. It shoots hard, it kicks hard, and yet it is still extremely accurate. A realistic gun on every level, this HFC Mac11 is an outstanding gas Airsoft Mac11.

The folding stock works identically to its real-world counterpart by first unfolding the butt pad and then squeezing the arms together and unfolding it. The entire assembly can then be slid backwards by pressing the button on the underside rear of the receiver and pulling the stock backwards until it clicks into place.

In regard to performance, the Mac11 really surprised us if we’re honest. As we previously mentioned, the HFC GBB Mac11 is somewhat of a pocket rocket, and that definitely sums it up. Coming in at an average of 335 FPS, you certainly won’t be disappointed by HFC’s offering. Furthermore, due to the GBB nature of the Mac11, you get some real recoil from it, which is always an added bonus from us. One thing you will find with the Mac11 is it’ll completely change up the way you play airsoft, and not only due to the limited weight and size. While the lesser weight and size of the Mac11 mean you can bomb around the skirmish field a lot quicker, you’ll also find yourself choosing your shots more carefully as the Mac11 only accommodated 42 BBs per magazine. While this can be a bit weird at first if you’re a fan of Hi-Caps, you’ll soon love it, adding an extra level of realism to your skirmish day.

All in all, we’re in love with the HFC Mac11, and it’ll definitely find its way into our personal armoury, whether as a back-up to carry around alongside a carbine, or as a standalone platform to change it up a little!

And dont forget we now have low-cost delivery for all our guns and accessories across Europe!