Buying an Airsoft Gun in Ireland – The Laws 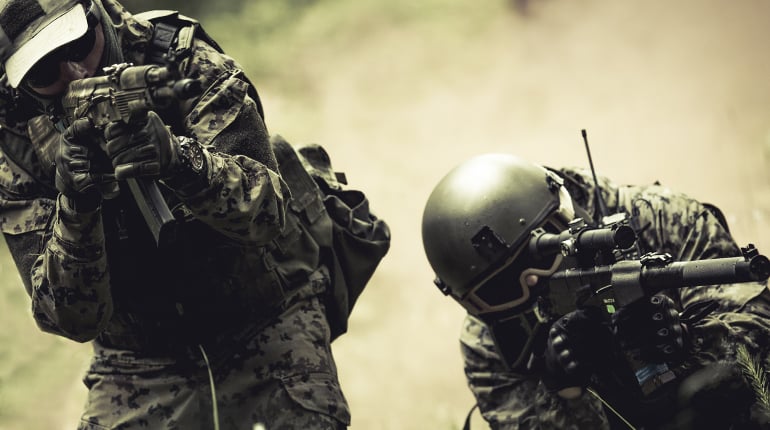 Buying an Airsoft Gun in Ireland – The Laws

Whether you’re looking to get into airsoft properly or simply want to explore the realms of target shooting in your garden, making sure you adhere to the laws surrounding airsoft guns is imperative. Nearly every country has its own rules regarding the purchase and use of airsoft guns; some of which simply place them as what they are, with others classifying them as firearms. But what are the laws regarding airsoft guns in Ireland?

Airsoft guns have been legal in Ireland since the ‘Criminal Justice Act’ was passed in 2006, placing airsoft guns within the firearms category within the country. Classed as ‘Realistic Imitation Firearms’, or RIFs, they are essentially seen as a realistic copy of a firearm. Within Ireland, firearms are defined as either an airgun; including air rifles or pistols OR as any other weapon which incorporates a barrel from which any projectile can be discharged with a muzzle energy that is greater than one joule (a measurement of energy which looks towards energy transferred to an object when a force of one newton acts on that object in the direction of the force’s motion through a distance of one metre). To circumvent this, all airsoft guns within Ireland are limited to one joule, allowing an airsoft gun to no longer be classified as a firearm, enabling airsofters to legally own an airsoft gun. Furthermore, unlike many countries, you do not need a license to own an airsoft gun in Ireland.

With that said, there are a number of rules airsofters must adhere to in regard to the handling and use of their airsoft gun, which are as follows.

As previously mentioned, airsoft guns must not have a muzzle velocity which exceeds 1 joule. Obviously this becomes a bit confusing when airsoft guns are usually regulated by feet per second as opposed to their joule potential. To clear this confusion, 1 joule is equal to 328 feet per second. If your airsoft gun exceeds this limit, not only will you not be able to play at your chosen skirmish field, but you will also be carrying an unlicensed firearm and could potentially face up to five years in prison if caught. Furthermore, should you try to import an airsoft gun that is over this limit, it may be seized at Customs.

Airsoft guns cannot be carried in public, whether they be in plain sight or within a case. Furthermore, when transporting your airsoft gun in a car, it must be stored in a suitable case. Should you not adhere to this, and a member of the public reports you to the authorities, you will likely have a number of Armed Gardai arrive at your location. To expand on this, we would suggest you never leave your airsoft gun in a viewable position in your house either.

If any of the above rules are broken, a number of penalties could ensue, including a €5,000 fine or a five-year prison sentence. Furthermore, if you shoot someone with your airsoft gun outside of an airsoft game, you could be facing assault charges on top of the aforementioned penalties. With that in mind, it is important to ensure that if you are simply shooting your airsoft gun on private land with permission, you must be mindful that you are not shooting towards any public footpaths or roads to eliminate any chance of this.