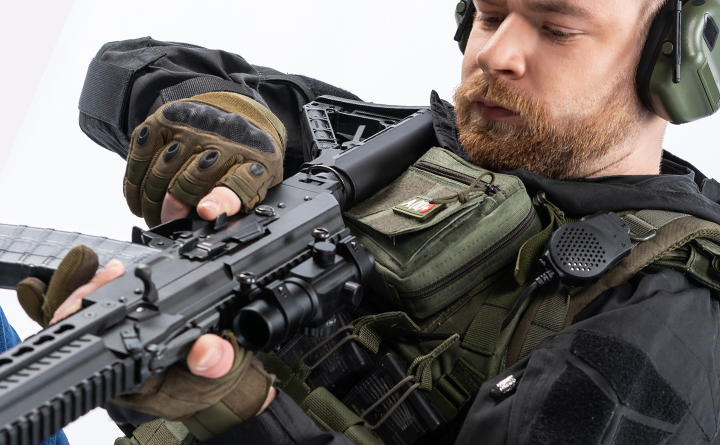 Airsoft in Ireland – FPS Limits, Airsoft is an international sport these days, with a wide range of different countries all having frequent players residing within their borders. However, with that in mind, it is important to realise that with a plethora of countries comes a plethora of different laws regarding the use and capabilities of airsoft guns, and while something may be legal in one country, it may not be in another.

Now you may be thinking, “why would this be an issue, I don’t plan on playing airsoft in any country other than my own”, and while this may be true, meaning you may think you may not have to worry about it, you have to remember that your specific airsoft gun may not be made in your country, or furthermore, you may be buying from a retailer out of your country. So taking this into account, it’s essential to make sure you know the laws, especially in Ireland.

Every country has a law in some same or form. In Ireland, it falls under the firearms section. The information in the firearms section can be hard to follow, so we have simplified it for you below. Airsoft guns have been legal in Ireland since the 2006 Criminal Justice Act. Airsoft guns are classed as RIFS (Realistic Imitation Firearm); they are a realistic copy of a firearm, so you can imagine the problems they can cause if you decide not to adhere to the law.

According to Irish law, a firearm is defined as an Air Gun, including an air rifle, air pistol or any other weapon incorporating a barrel from which any projectile can be discharged with a muzzle energy that is greater than one joule. Therefore, any airsoft gun that’s muzzle energy is 1 Joule or less is no longer classified as a firearm, so there is no license required for an airsoft gun. However, should it exceed the 1 Joule limit, it would now legally be classed as a firearm, and you can be prosecuted accordingly.

But what exactly is a 1 Joule limit? 1 Joule refers to the muzzle energy of a firearm. If an Airsoft RIF is above 1 Joule velocity, it is classified as an unlicensed firearm. You will not be allowed to use your RIF on a skirmish site in Ireland if it is over the 1 Joule or import it into the country as customs will seize it on entry to Ireland.

Thankfully, if you’re buying from us, all of our airsoft guns are already below 1 Joule, so you know you can purchase safely and have no issues at all!

A joule is a unit of measurement when measuring energy, typically used when referring to mechanics, electricity or thermal energy. By definition, It is equal to the energy transferred to an object when a force of one newton acts on that object in the direction of the force’s motion through a distance. Unlike FPS, which merely measures speed, joules actually measure the energy of a BB, taking into account the velocity and the mass.

FPS – short for “Feet Per Second” is the rating used to determine the power of an Airsoft gun (Tagger). The FPS is the speed at which a BB exits the tagger. The higher the FPS, the more powerful the tagger, the greater the distance the BB will travel, and the more energy it contains. Thus, higher-powered taggers for hitting items far away and low-powered taggers for hitting things which are close. This speed is measured using a Chronograph Machine, a small device that measures the time it takes for a projectile to pass by its internal sensors. It uses the speed and weight of the BB to determine the FPS and energy rating.